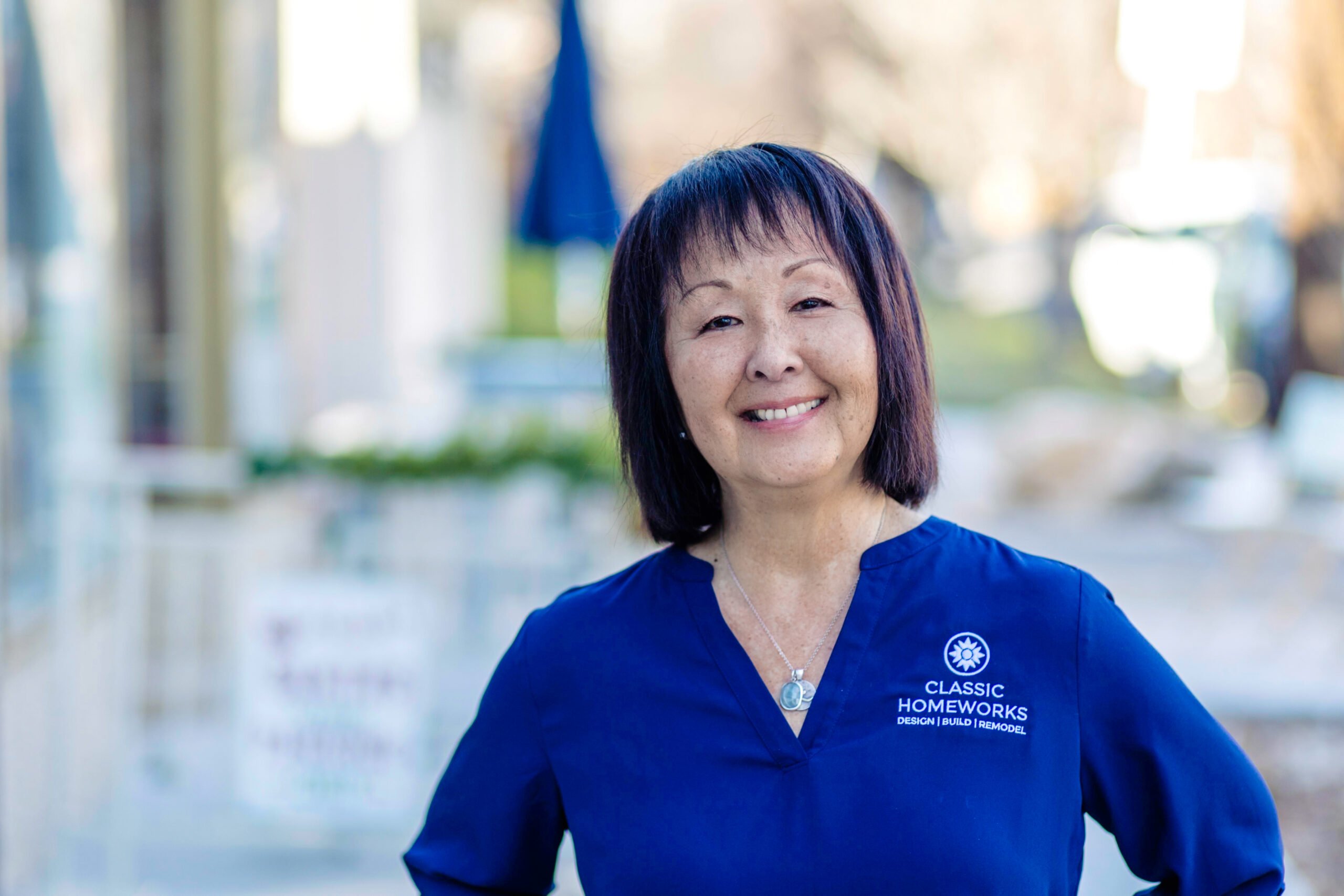 Noreen bid aloha to her birth city of Honolulu and moved to Denver shortly after 9/11.  The isolation of island living became more obvious and it was time to trade in her flip flops for snow boots.  As a media communications graduate, working as a creative content producer was all about translating words into visuals.  And conversely, visuals into words.  Experience in design, along with project management and development gives her a grounded approach (and respect) for technical systems.  A creative geek of sorts, which attracts her to small businesses like Classic Homeworks. Here at Classic Homeworks, Noreen enjoys the interaction with the team and the allowance for creative thought and application. Noreen is an active member of AIGA (American Institute of Graphic Arts) and a certified member of ASID (American Society of Interior Designs).

Noreen is a soul full of passion and enjoys listening to a good story, dancing to a soulful beat, being one with the ball on the golf course, doing hot yoga, and not missing a swim in the Pacific Ocean too much.  Noreen, her husband, and rescue pup bridge their Denver life with trips to Honolulu – keeping strong connections with her son, island family and friends.  She supports community, non-profits such as Project Angel Heart, a Denver food preparation and meal delivery service for Coloradans living with life-threatening illnesses and the World Central Kitchen, a not-for-profit non-government organization supplying meals to global communities hit by natural disasters.  E Malama Pono (take care of one another) is a Hawaiian term she often shares.